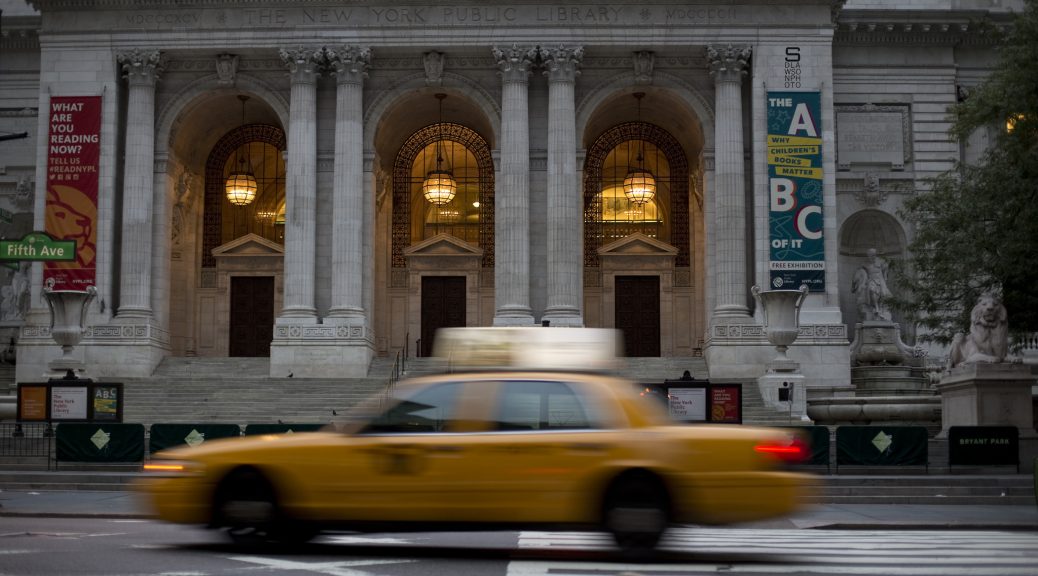 Ford doesn’t just want to become a mobility company. It may have to.

Automakers at this week’s International CES laid out plans to branch out from selling cars to providing mobility as a service. They’re learning the right lesson from the tech industry that surrounds them in Las Vegas’s vast convention halls.

Ford’s announcement this week of a “partnership platform” to help delivery, ride-hailing, and other businesses use fleets of its self-driving cars is a good example of this trend.

The platform is a package of technologies that can be built into vehicles for carrying out services. For example, it includes communications protocols that ride-hailing company Lyft will use for requesting and dispatching self-driving Fords, and “experiential elements” like a voice that talks to customers when they pick up pizzas from self-driving Ford delivery trucks.

It’s all in testing, for now, but those trials are racing ahead. Along with the platform, Ford announced a new commercial partner — delivery startup Postmates — and the expansion of trials to another city this year. It’s already working with Lyft and Domino’s Pizza.

The new game in town

These aren’t just tests of new services or vehicles, but of a new business model: Ford won’t sell the fleets to anyone, but instead will charge commercial partners to use them. Its product will be mobility itself. That business will be a lifeline in the years to come, because unless the company can figure out how to sell a self-driving Mustang Shelby GT350 (where’s the fun in that?), its current core products will go the way of the Packard-Bell desktop PC. As in tech, the future is in software and services.

Ford isn’t alone. Other manufacturers are also lining up partners for their emerging self-driving fleets. At CES, Toyota announced deals with Uber, Amazon and Pizza Hut to test a customizable autonomous concept vehicle it calls the e-Palette. Pay-per-use services are part of an ambitious strategy by General Motors to make a profit on electric vehicles by 2021. GM’s self-driving subsidiary, Cruise, already has a partnership with Lyft (and maybe with Uber), and Chrysler parent company FCA is working with Alphabet’s Waymo business on a driverless ride-hailing service in Phoenix.

Fleet vehicles have long been a solid but low-profile part of the car business. They’re the unglamorous workhorses sold or leased to rental agencies, contractors, and large and small businesses, with specialized modifications often done by third parties. Durability and customizability are key selling points. But the self-driving revolution will make fleets a much bigger part of automakers’ business and an important way for marques to differentiate themselves.

Ford’s ability to make its cars do things that have never been done before, like deliver a hot pizza and wish you a good night, or reliably pull up wherever you’re waiting for a ride, will give its fleet business a caché it never had before. That’s good, because in the age of self-driving cars, automakers are going to need caché wherever they can find it.

Until now, car companies made money mostly by persuading consumers to buy things that rolled out of their factories on four wheels. In tech-industry parlance, they were in the hardware business. Aside from things like infotainment systems and telematics services, which are very recent additions to a more than century-old industry, they were selling the equivalent of PCs all running the same operating system. They made that sale, sometimes to the same customer every three years and to the same family for generations, because buyers cared how that functionally identical hardware looked, felt, sounded, and even smelled when they used it. They also cared, increasingly, how long it lasted and how much it cost them to operate. But every company’s hardware basically did the same thing. People just cared very, very much how it did that thing.

Autonomous cars change all that. When they go on sale, many consumers will still buy cars (if you spend three hours a day commuting in a vehicle, you may want to make that space your own), but no one’s going to buy a self-driving sports car. The main selling points, other than interiors, will be software and services. If it’s up to the car to figure out how to get you from Point A to Point B, you’ll want the one with the best maps and back-end AI. If you don’t have to do the driving, you’ll want the minivan with the most streaming services.

If Ford and its rivals don’t find customers like Lyft and Postmates and turn themselves into mobility companies, they may suffer the fate of the hardware companies in the tech industry. What turned Gateway and Compaq from big brands into low-margin sidelines of bigger companies was not bad products but an inability to command a premium for their designs or nameplates. No one ever rhapsodized about the feel and responsiveness of a Gateway keyboard. (Apple’s draw raves, but Steve Jobs started selling something other than hardware or software a long time ago.) Other tech-related companies have also moved from hardware to software. Network equipment maker Cisco has spent decades acquiring and integrating advanced technologies to keep from becoming a low-margin vendor of “plumbing.”

Like tech companies that have successfully made the transition to software and services, automakers may stand to gain, not lose, when the pool of people who want superchargers or ceramic brakes starts to shrink. The margins for selling mobility as a service will be much higher than for traditional auto sales, Sherif Marakby, Ford’s VP of autonomous vehicles and electrification, told the Detroit Free Press this week.

Instead of showing off a brand-new Mustang at the kids’ soccer practice, dads of the future may ride up in an wimpy-looking shuttle and tell everyone about their shares in the company that owns it.

2 thoughts on “CES shows automakers a future beyond hardware”